Not everyone can achieve what they want. You need to be willing to sacrifice a lot. American singer, songwriter, actress, and businesswoman Keyshia Cole is the person we should be inspired from.

She has said, “There’s a lot of trials and tribulations you have to go through to get what you want, especially if you feel like it belongs to you.”

In this article, we will explore her early life, career, success, personal life and relationships, and so on. So, please stick with us.

Keyshia Cole was born on October 15, 1981, in Oakland, California, USA. Her mother, Francine Lons, was a drug addict and couldn’t take care of her. She went to prison. As a result, Leon and Yvonne Cole, her family friends, adopted her. From there, she got her last name, ‘Cole.’

In 2016, after finding results from a DNA test, she met her biological father for the first time. He was a boxing trainer. Although they are her biological parents, she considers ‘Leon’ and ‘Yvonne’ as her real parents because a parents duty is not only to give birth to a child. They should also nurture their children.

After achieving success in life through tough work and commitment, she gives all credits to her parents (not biological parents). They too are very proud of her. She has two sisters, Neffe Pugh and Elite Noel. Details regarding her education and the colleges that she attended are unknown at this time.

She had developed an interest in singing when she was a child after she met Tupac Shakur and MC Hammer. Tupac was responsible for starting her career in music. But, his unfortunate death could not make it possible.

Although Tupac didn’t play a role in starting her career, she started in the industry by working with Messy Marv and D’Wayne Wiggings. When she crossed eighteen, she went to Los Angeles to pursue her career. Her unfinished single “Love,” which was released in 2002 attracted the attention of A&M Records, and that led to a recording deal.

Cole is not only a fantastic singer but also a businesswoman and a Reality TV star. Her first TV show, “Keyshia Cole: The Way it is,” which aired for three seasons, became BET’s most-watched program in history. Other TV shows which she has participated in include “Keyshia & Daniel: Family First,” Keyshia Cole: All In” and Love & Hip Hop: Hollywood.

Besides, she has also been on the cover of some top magazines like Vibe, King, WorldUp!, etc. She collaborated with Steve Madden to unveil her shoe line in 2012. She could not hide her excitement working together with Steve. According to her, they have come up with significant collections for every fashion diva. They are suitable whether you are going to a party, date or anywhere.

Her personal life isn’t full of controversies and quarrels. In 2009, she started dating Daniel Gibson, former NBA star. In 2010, they got engaged and married a year later. However, in 2014, they both got separated. After three years, in 2017, their divorce was finalized.

She has a son whom she gave birth before she married. His name is Daniel Hiram Gibson, Jr. They have been pretty quiet since their divorce, and we do not have much knowledge regarding their dating life. We only have rumors. Cole was once linked to Floyd Mayweather. Other than that, we don’t have much information.

However, Recently, Cole announced through Instagram that she was pregnant with her second child. We cannot do anything rather than guess as she didn’t reveal the name of the child’s father. However, we do know for a fact that she has been in a relationship with Niko Khale for some time. He is a pop singer and almost 14 years younger than Cole. 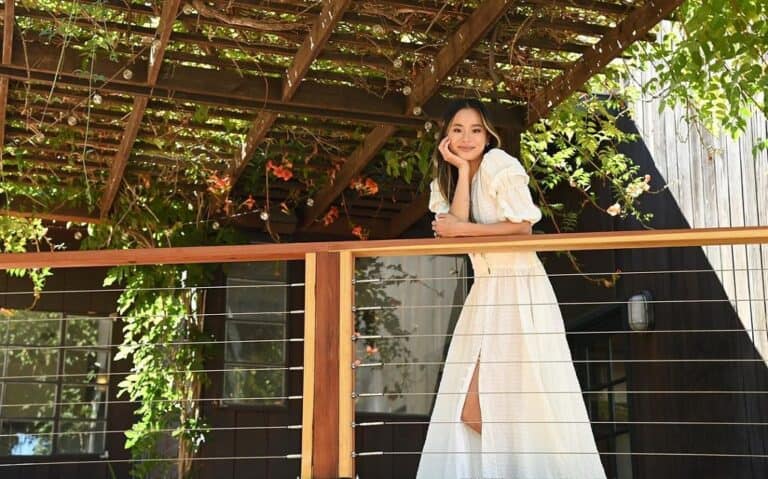 People want to know more about Jamie Chung Parents, who is famous for her acting in…

With a decade coming to an end, numerous stars would have spent half of their lives…

Being an actor is difficult, but if we add singing, then the multiple works tend to…

Successful things are noticed from a pretty early age, and the same is the case of…