The Rae Sremmurd is an American rap/hip-hop duo made up of Aaquil and Khalif Brown, real-life brothers, better known by their stage names “Swae Lee,” and “Slim Jxmmi.” The group’s name comes from their “Ear Drummers” home label, each word spelled backward.

On deck, you’ll discover more about Rae Sremmurd net worth, age, bio, career, and personal life. Stick with us!

Before we take a look into Rae Sremmurd personal life, let’s take a look at his quick facts!

These boys weren’t born with a silver spoon, and growing up wasn’t too rosy for them, but with pure determination and hard work, they continued their talent and made it work for them.

Rae Sremmurd net worth is estimated at $12 million combined, which is proof of the success of their career.

Many chart-topping hits, two platinum-certified albums, and sold-out concerts throughout the United States and beyond were enough to keep Rae Sremmurd’s annual income at an average of $360,000.

Both were born in California, Inglewood. Bernadette Walker, their mother, worked with the army and their father left when the boys were young.

Their mom was deployed to different states because of her work with the army, causing the family to move several times. They moved from California to Mississippi and then Maryland before the family finally settled in Fort Hood, Texas ‘ military post.

The family moved back to Mississippi when their mother left the army to join her new spouse, Floyd Sullivan. The boys settled in the notorious Ida Street housing projects in Tupelo City with their new stepfather. Their stepfather sold drugs to help the family and keep the children in school.

While still in high school, they started making music in their mother’s basement, writing their songs and making their beats. They were part of a group of three that went through the “Dem Outta St8 Boyz” moniker.

They got noticed in their locality at this point, got to play at birthday parties and shows.

When they signed up for Mike Will Made-It’s EarDrummers Entertainment, they got their big break.

Who Is Swae Lee?

In recent years, Swae Lee has emerged as one-half of Rae Sremmurd’s hip-hop duo, including his brother Slim Jxmmi.

They released three studio albums, including their debut “SremmLife” in 2015 and “SremmLife 2” in the U.S.

Jxmmi made his debut as a solo artist in 2014 on Mike WiLL Made-It‘s “Choppin Blades.”

Swae Lee and Slim Jxmmi didn’t know much about their father, so the only family they had was their mother, Bernadette, and brother Michael. Their mother remarried after leaving the army, so in their stepdad, Floyd Sullivan they got a father figure.

After a few years, their mother’s second marriage ended, leaving the boys with only one parent.

It took so much of their time when they started to work on their music career while still in high school that they started skipping school. With their lifestyle, their mom was so frustrated and threw her boys out.

The brothers were forced to place their music in abandoned buildings while working in dead-end jobs.

Uploading their music on the internet gave them the necessary exposure and earned duo appearances on BET’s 106th & Park music video countdown show in the famous “Wild Out Wednesdays” segment.

Rae Sremmurd had revealed that they were homeless before they made it into stardom concerning their own life. They give credit to music producer Mike WiLL Made-It for their fame and success.

They had revealed in another interview that they are both blood brothers and that they feel fortunate to enjoy the name and fame together.

Under the moniker “Dem Outta St8 Boyz,” both Rae Sremmurd members worked to produce music at home and at local parties to earn some recognition. The boys have worked very hard to achieve the success they now enjoy.

They got their first break when they were featured on BET’s hip-hop segment “Wild Out Wednesday” and R&B show 106 and Park. They were recognized and signed to the EarDrummers Entertainment label after that.

Their first and second albums made them celebrity overnight with Sremmlife 2’s Black Beatles song, topping the 2016 Billboard charts. Their song Black Beatles became the sensation of the Mannequin Challenge inofficial song worldwide.

Aaquil Brown, AKA Slim Jxmmi is the older one and stands at 5 Feet 9 Inches. While his little brother Khalif Brown AKA Swae Lee is just one inch shorter and is at 5 Feet 8 Inches.

Aaquil Brown is 27 years old and, his little brother Khalif Brown is 23 years old, as of 2019. These young people certainly have a long way to go with their music, even in their twenties, with so many outstanding achievements to show for it.

Awards And Achievements Of Rae Sremmurd

According to media reports, because of his antics, Rae Sremmurd’s Swae Lee has been dragged into the spotlight. He was blasted on Twitter after a woman named Dorothy P allegedly had s*x with him on Twitter.

Slim Jimmy of Rae Sremmurd claimed to break with his girlfriends through text messages, according to another report.

Acting is a work of art. The art of entertaining the audience is delicate. But what…

Nowadays, we can find people talented in various fields. Rome Flynn is one of those people…

Incorporated is one of the better Syfy series to be made to date. If our readers… 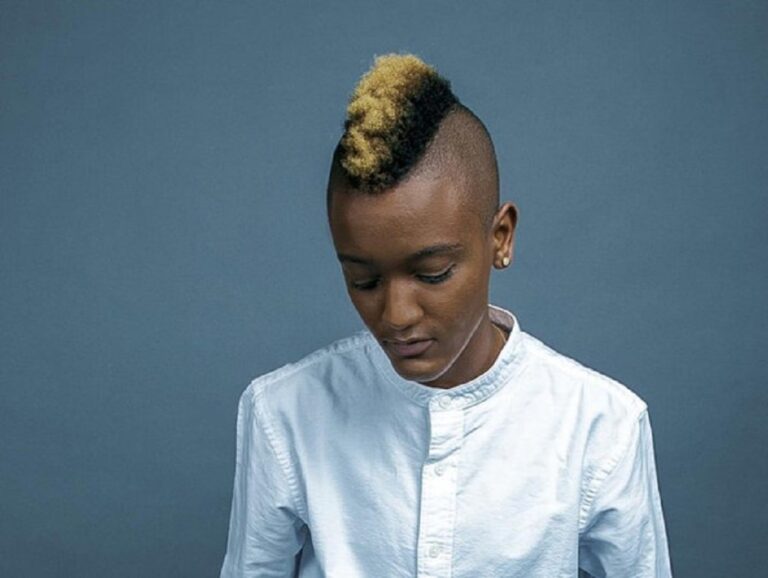