Best known as Nicholas Scratch from Netflix’s Chilling Adventures of Sabrina, Gavin Leatherwood is an American actor. Aside from acting, he is active as a singer and musician and has a huge fanbase thanks to the show.

Moreover, the role in the series has turned him into a star overnight. He has recently been sparking debate regarding his relationship with co-star Luke Cook, questioning his sexuality. So, what’s the truth?

This and more will be answered right here and right now, including the details on his career, parents, and more. So, make sure to read it till the end.

Likewise, his father is a chiropractor, while his mother is a loan officer. Aside from his parents, young Gavin grew up with his sister, Chole Leatherwood. But after their parent’s divorce, his mother married David Baltzer. Hence, now he has a half-sister, Sophia Baltzer.

When he was eighteen, the actor moved with his family to California and then moved to Oregon. As for his education, the details on them are still unknown.

Similarly, he is an American and is of multiracial descent, i.e., Spanish, Greek, English, Welsh, Native American, and Irish.

Age and Height- How tall is Gavin Leatherwood?

Gavin Leatherwood is a charming actor. Let’s admit that first. If not, he would not have attracted much attention and become a star overnight. This stunning actor was born on June 7, 1994, which makes him 25 years old.

On top of that, the actor is also blessed in terms of visuals. He stands at the height of 5 feet 8 inches(173 cm) and weighs around 70 kgs(154 lbs). Also, Leatherwood has got stunning black eyes and short black hair.

We are sure he got such an admiring physique thanks to his dedication and run to the gym.

Recently, the charming actor Gavin Leatherwood has been sparking dating rumors with his co-star Luke Cook. Since 2018, the Hawaii-native has charmed his way into the hearts of many with his appearance in Chilling Adventures of Sabrina.

Though he has been denying dating rumors and claiming he is single all this time, it is finally confirmed that he is not single anymore.

Just to make it abundantly clear… @lukecoook and I are and have been dating for over a year now. Here’s a pic the morning after a night of vigorous love making. pic.twitter.com/8AP1BhCzzF

Recently, the heartthrob, Gavin, went on Twitter and addressed the rumors of him dating Luke Cook, who plays the Dark Lord in the Netflix series. Not to mention, the actor did not forget to post a picture of him with Cook.

Well, it all sounds true and cute until you realize it is not. Sorry folks, but it seems the actor fooled the entire fandom with the gig. Thank god for Luke, who cleared the misconception about it.

After this little Shenigans, fans have been making fun of Gavin and confessing how they fell or it. Just like us.

Well, we certainly hope the young actor finds someone soon, so he doesn’t have to address rumors like this anymore.

Just like his other co-stars, Leatherwood started acting out from an early age. With his passion for acting, Gavin made his official on-stage debut with Arthur Miller’s All My Sons. He was just six at that time.

After that, he went on an American tour performing in Peter Pan back in 2005. Though he auditioned for many roles, the actor finds it hard to grab any major roles. The actor began doubting his future more after moving to Oregon.

Hence, he started working at ‘Urban Outfitters‘ and later moved to New York for better opportunities. Even though he failed to bag any roles, the young actor did meet an actor, which became a turning point for his acting career.

Similarly, Gavin struggled in his early years as an actor. He moved to Los Angeles and shared a three-bedroom apartment with five other people, traveled for auditions, and did odd jobs.

Finally, all his hard work paid off when he landed an acting role in the 2017 crime drama NCIS. Since then, he has appeared in other shows such as Pandora’s Box Part 1 and then in John John Goes Viral and Beverly Grove.

The year 2018 proved to be quite important for Gavin as he was seen in more shows than before. His role as Nicholas Scratch in Netflix’s Chilling Adventures of Sabrina helped him rise as a star overnight.

Since then, he has appeared as a regular of the shows. He portrayed the same character in the short ‘Chilling Adventures of Sabrina Pt 2- Under Kiernan Shipka’s Spell’ back in 2019.

With her acting work in the movie industry, Gavin has extended his acting prowess even more. Thanks to his successful career, Leatherwood has acquired an estimated net worth of $650,000. And with his fame that is going up, his income is certain to follow the same route.

However, the young actor has yet to reveal any detail on his financial status, including his cars, houses, and other annual income.

If you are a fan of superhero movies, Fantastic Four is one of the famous ones…. 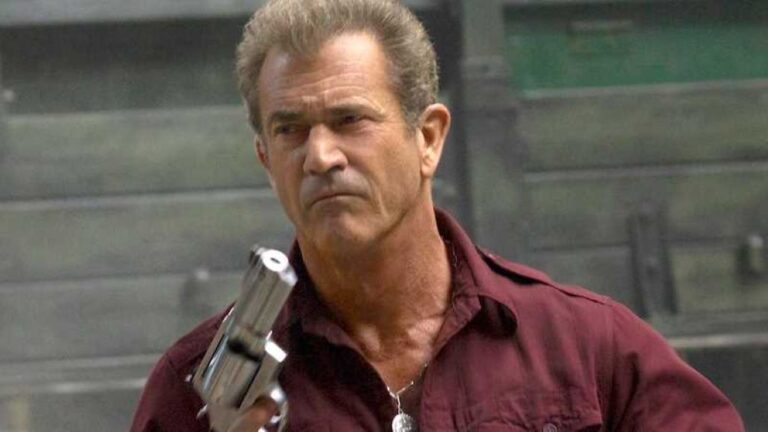 Many are wondering whether Rosalind Ross is Mel Gibson New Wife. The couple have been dating…

Unfriended and Men, Women & Children are some of the movies that this actor is hailed…