Weijia Jiang is a capable reporter working as a correspondent for CBS News for the past few years. As we all know, journalists and reporters are highly respected individuals in the world.

However, this week, she was berated by the said President of the United States, Donald Trump, when she raised concerns regarding the pandemic COVID-19. On her part, she was doing her work as a journalist but did Trump do his role as a president. Let’s find out, shall we?

But before we move forward, here are some interesting facts about Weijia Jiang.

President Trump has always been in the media, let it be his action or choice of speech, more of the latter. Also, he never wavers from expressing his disappointment and views on something he finds annoying, even when the matter is of national emergency.

The same thing happened on April 19, 2020, when Weijia Jiang questioned President Trump for the delay in taking measures against the pandemic. As we all know, COVID-19 has taken the world out of nowhere and hit in the worst possible ways.

Many countries are trying their best to control the virus and prevent it from spreading. While countries like China and South Korea have successfully flattened the curve, America, one of the leading countries, has lagged far behind.

Hence, it was natural for the press to ask why one of the powerful countries that claim to be ahead of everything is so passive when it comes to the virus. During the questioning, Trump responded, “Nice and easy, Just relax” to Jiang, but when she continued bombarding him with questions, Trump just lost it.

Second, after Jiang spoke, Trump completely cut her off and replied, “Keep your voice down.”

Well, this is not the first time President Trump has shut down journalists when he feels cornered, but not many expected him to do such a thing being the leader of America. His action when other countries have been seeking assistance has inevitably created havoc among the people. Not to mention, many did not pause before ridiculing the President for his action.

Talking about her career path, Jiang has been interested in reporting from a young age. She was just 13 when Jiang worked as a student reporter and anchor for ChannelOne News in Los Angeles, California.

After that, the young Chinese-born reporter joined CBS Newspath from WCBS-TV, where she had been working as a general assignment reporter and fill-in anchor since 2012.

During her time in WCBC-TV, Jiang covered news like Hurrican Sandy, Sandy Hook Elementary School shootings, and the Boston Marathon bombings. Likewise, in 2008, the reporter then joined WJZ-TV in Baltimore and worked there until 2012.

Before this, Weijia has worked at WBOC-TV in Salisbury, Maryland, from 2006 to 2008. Following that, her next gig took her to WBRE-TV in Scranton, Pennsylvania, as a Washinton D.C. based reporter.

Moreover, since July 2015, Weijia has been active as a White House Correspondent for CBS News.

How Old Is Weijia Jiang?- Age and Height

The Chinese-born American reporter, Weijia Jiang, was born on June 6, 1983, which makes her 37 years as of 2020. Not to mention, Jiang was born under the sign of Gemini, and people of this sign are known to be articulate, stubborn, and free-spirited.

True to the statement, Jiang is thoughtful when she speaks. Along with her articulate nature, Weijia also takes care of herself. Jiang stands at the height of 5 feet 4 inches(164 cm) and weighs 57 kg(127 lbs).

Moreover, Weijia is always camera ready. The said reporter neatly styles her long black hair and stunning black eyes. Sadly, the information on her body measurements is unknown as of now.

With her hyphenated identity, Weijia has worked her best as a reporter on the Western news channel. Talking about her early childhood, Weijia was born to her Chinese parents, Liya Wei and Huade Jiang.

Originally from Xiamen, China, Jiang was just two years old when her family migrated to West Virginia to have a better life. As of now, she possesses dual citizenship of both Chinese and American.

Likewise, Jiang grew up in a loving environment as she is the only child. Moving on to her education, Weijia went to The College of William and Mary and graduated in 2005 with a bachelor’s degree in philosophy and a minor in Chemistry.

Then, the young Jiang attended Syracuse University and graduated with a master’s degree in broadcast journalism in 2006. Additionally, in 2012, Jiang was also inducted into the prestigious Professional Gallery at the S.I. Newhouse School of Public Communications.

Smart and robust, Weijia Jiang is a married woman as of now. The Chinese-American reporter is married to her husband, Travis Luther Lowe, whom she has known since college.

Apparently, the two met for the first time at the College of William & Mary in 2003, where they used to host a weekly campus television show. Their mismatched combination was loved by many, as Jiang was a severe reporter while Lowe added humorous jokes to his content.

Likewise, the two quickly became friends, and her husband, Travis, was determined to be more than that with her. And what do you know, dear Travis moved from friendzone successfully in 2015.

Finally, the couple tied the knot on March 19, 2018, at Casa de Monte Vista, where only their friends and family attended the wedding ceremony.

Moreover, on October 10, 2018, Jiang announced her pregnancy via Twitter. Then they gave birth to their daughter, Frances Mei Jiang Lowe, on December 24, 2018. As of now, the happy couple resides in their home in Washington, D.C., with their beautiful daughter.

As of 2020, the CBS reporter Jiang has accumulated a net worth of $1.5 million. She was successful in gaining such amount from her career in television as a journalist.

However, like many other reporters, Weijia has not revealed much about her income and earnings. But we can safely assume that her earning must be thousands.

Lisa Marie Boothe, an American Journalist, is a contributor to Fox News Channel. Besides, Boothe is… 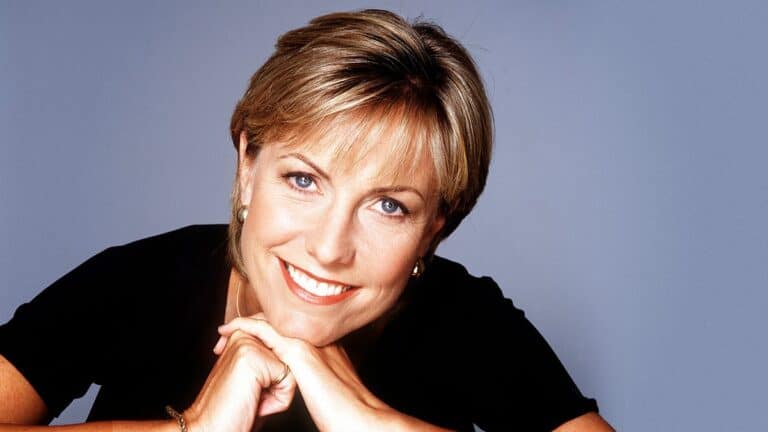 Jill Dando’s death and murder shocked the whole world, and since then, the search for her…

Journalism and sports go hand in hand. A journalist must cover the success of a player….

Journalism has changed a lot in a decade or two. It has gone from strength to…

Some people excel in acting some an excellent speaker, and others love to do journalism and…