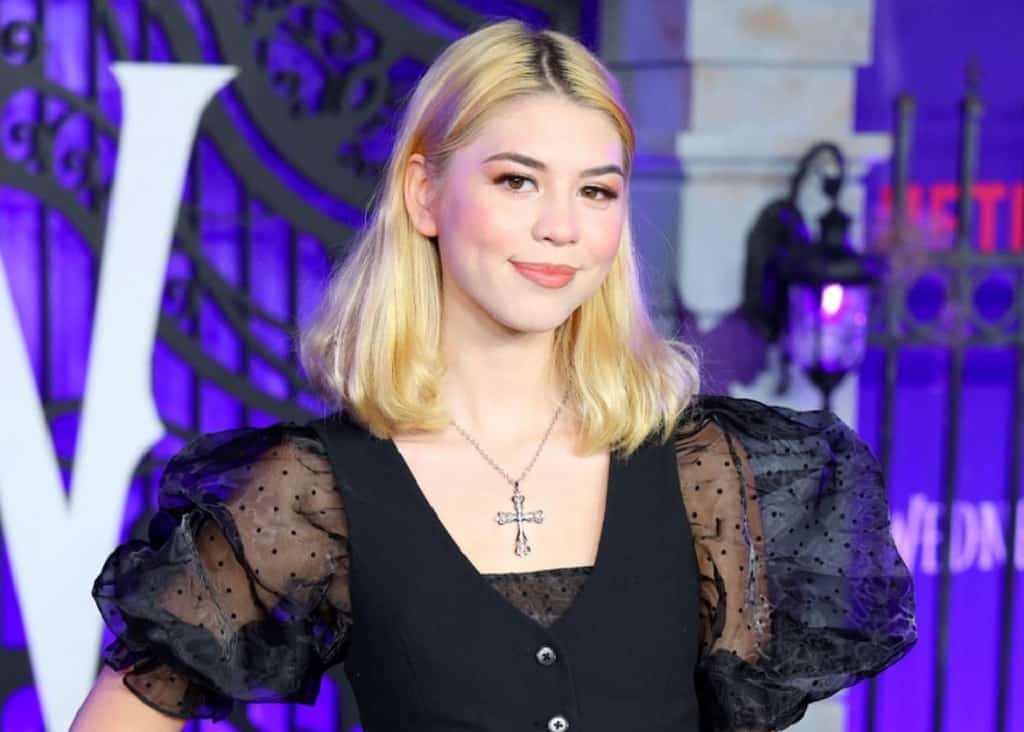 Fans are curious to know about Callie Haverda’s parents, Tony and Denise Haverda, as she is in a top-rated show, “That 90s Show.”

Callie Haverda was reared in Texas by her parents, Tony and Denise Haverda. Tony, her father, is a computer engineer, and Denise, her mother, is a recruiter.

She is most known for her roles in That 90s Show, The Lost Husband, Shut Eye, The Adventures of Pepper, and Paula.

When Haverda was three years old, she made her film debut as Young Mary in the 2010 short film Paper Memories.

The 15-year-old actress is most known for her roles as Angie in Hug It Out and Teenage Sara in Forgiven.

You’d be excused if you thought Haverda’s first job was in That 90s Show, but that happened years earlier when she was only three years old.

Tony Haverda, the actress’ father, works as a senior director of user experience design at Open Text in Austin, Texas.

Tony Haverda holds a bachelor’s degree in computer science from Texas A&M University and a master’s degree in industrial engineering and human factors.

He is a user experience manager with a solid understanding of technology and business. The director has UX Design, product information, and localization experience.

In addition, in May 1989, he began his job as a Software Consultant at Andersen Consulting.

He formerly worked as a Human Factors Engineer at IBM and Senior Manager at BMC Software. For nine months, he was also a senior manager at Vignette.

For four years, the recruiter worked as a buyer and selling agent for EBBY Halliday Realtors, where she established new business ties.

She was a self-employed realtor with Remax International Inc., where she helped her clients find properties that fit their lifestyles. She spent five years as a talent manager.

The realtor worked as a children’s talent manager in the entertainment industry as the proprietor of PATCH Talent in Austin, Texas.

She then worked as a life insurance representative for New York Life Insurance Company, which provides consumers with life and health insurance.

She also worked as a family of faith ministry Leader at St Thomas More Catholic Church for three years.

Callie Haverda’s family is enthusiastic about her professional accomplishment. Corey, Haley, and Carson are her three siblings.

Her brother and sister also congratulated her on her success in the entertainment sector. Callie is a native of Austin, Texas, in the United States.

Carson is the actress’ older brother. He is a film actor, according to his biography. He also completed his studies at the University of Washington.

He enjoyed skateboarding and tried various feats to reach the next level. He is presently dating Olivia C Michaels, according to his profile.

Carson said he was ecstatic to be able to call the actress his little sister while seeing her on the big screen. He believes she deserves everything because she has worked hard to get here.

When he was younger, the 25-year-old mentioned reading lines with his sister.

He had never doubted she would become a celebrity, and he couldn’t wait to be amazed by her limitless skill in the future years.

Carson claims that his tiny big sister Haley moved away in 2018. According to her biography, she worked in the technology industry in Los Angeles.

Taylor Swift’s song “Lavender Haze” from her album Midnights is one of her favorites.

‘The heart asks for pleasure first, and secondly, excuse from sorrow,’ the actress’ sister stated in her Instagram bio.

There is no such information about Callie Haverda’s net worth, as she is very young and a fresh actor in the industry.

She will earn a fortune in the coming days, as many opportunities await the young talent.

In That 90s Show, Callie Haverda plays Leia Forman. It is an adolescent sitcom that debuted on American television on January 19, 2023.

The show revolves around the main character Leia, who spends her summer vacation with her grandparents and befriends the point place, youngsters.

She is a clever and snarky adolescent who enjoys adventure. The series is reminiscent of That 70s Show. This episode took place in Wisconsin in 1995.

The show is endearing and has a lot of promise. It is one of the best shows to watch if you want to laugh out loud.

If you hail from the acting family, then there are many expectations that you will make…

Acting, makeup, art directory, you name it all, Magi Avila will get it all done. Yes,…

Fans are curious to learn more about Tati Gabrielle, the major villain in Uncharted. We shall…