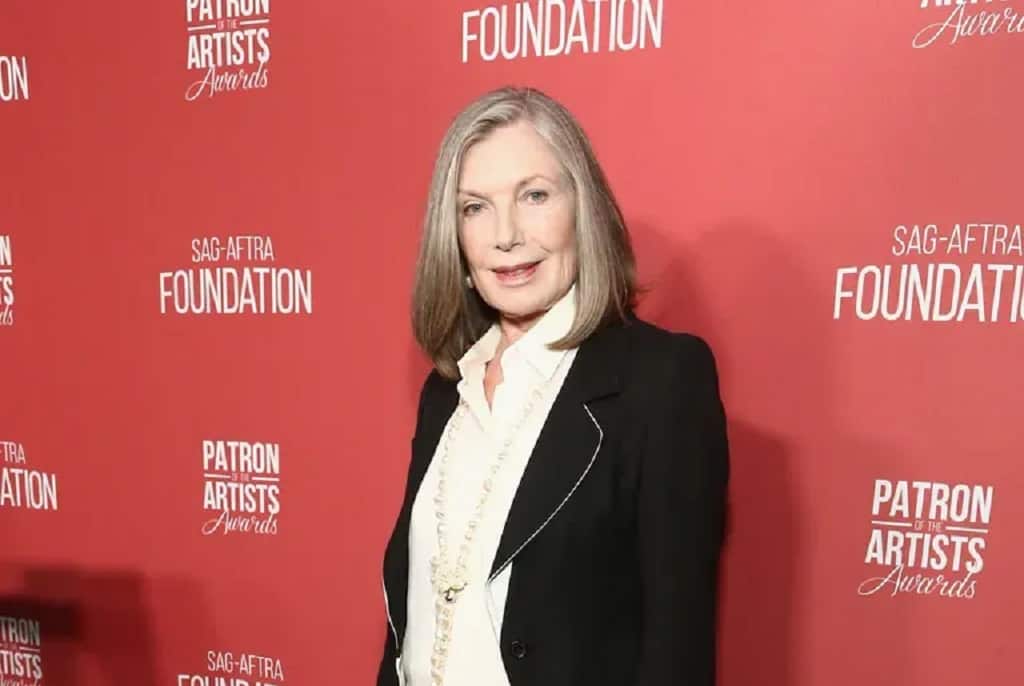 American actress Sullivan and psychologist Connell Cowan have been together since 1989. Hence, fans wonder if Susan Sullivan Husband is Connell.

The couple first met in the 1980s after a Falcon Crest cast member introduced Sullivan to Cowan.

Ms. Sullivan is an American actress best known for her roles as Lenore Curtin Delaney on the NBC daytime soap opera Another World.

Also Read: Chris Parnell Is A Father Of 2 Kids, Wife Family And Net Worth

Susan Sullivan made her stage debut by appearing opposite Dustin Hoffman in the Broadway play “Jimmy Shine.”

After her stage debut, Sullivan’s career began to soar, and after several other television roles, she landed a role in “Falcon Crest.”

But after an eight-year run, she began to face a career slowdown. Susan was in her early 40s and didn’t have the job she always had in her 20s.

Understandably, she felt lost, but then she experienced true love for the first time when she met then-Beverly Hills psychologist Connell Cowan.

For years she searched for the perfect man but never found one who checked all her inboxes. Cowan does.

He was a twice-married dad of two grown sons and taught the actress to love unconditionally.

Cowan even hinted at a possible wedding of the millennium, which never happened, and the couple never got to walk down the aisle.

However, the pair feel married and are still going strong after [calculate_years datestring=”00/00/1989″] years.

The couple loves walking, mountains, and long beaches at weekends and going to the cinema and art galleries.

According to AmoMama, when Sullivan dated Hollywood icon Cary Grant, who was her senior, Grant advised her to quit acting and instead get impregnated and have a baby.

However, children were not on Sullivan’s agenda. She loved acting, and eventually, her attitude paid off as she started landing prominent roles in acclaimed shows.

She says about motherhood,

“I’m like that cartoon where the woman has a bubble over her head and thinks, Oh my God, I forgot to have kids!”

Decades later, she still stands by her choices, declaring that work has always been more important and is what has accompanied her in life.

But despite never having any biological kids, “The Monroes” actress is the mother of Cowan’s children.

She was also the “den mother” for years to the crew and cast of the ABC drama “Dharma & Greg.” She always offered a sympathetic ear and wouldn’t rest until everyone was okay.

The actress was born to Helen (née Rockett), her mother, and Brendan Sullivan, her father. Her dad was an advertising executive.

Susan received a bachelor’s degree in drama from Hofstra University in 1964.

As a nod to her childhood growing up with an alcoholic father, Sullivan also gets involved with ACOA (Adult Children of Alcoholics).

How Much Is The Net Worth Of Susan Sullivan?

According to Biography.org, Susan Sullivan’s net worth is more than $5 million.

The actress has earned this through her successful stint in the world of acting.

Susan has 75 acting credits since her career began in the mid-1960s.

The actress received an Emmy nomination for Lead Actress for her role as Julie Farr on Julie Farr, M.D. in 1978

Madison Bailey certainly had a lot of fans crushing on her when the show, Outer Banks…

With her striking blue eyes and sharp jawlines, actress Ruta Gedmintas has been turning hands everywhere…

It’s tough to be a voice artist and make a great living out of it. But…