Just in her 20s, Madelyn Cline is recently getting recognition as an actress in the entertainment industry. She is an aspiring actress and well-known model. She is famous as Sarah Cameron in Netflix’s new series, Outer Banks.

Even though Cline is just getting recognition, she has appeared in many soap operas and movies, including One Upon A Time in Staten Island, Savannah Sunrise, Discover Engineering, Boy Erased, and others.

As we speak, Madelyn is getting ready to make her return for the second season of Outer Banks. Aside from that, Cline has graced magazines like Elle, Glamour, and 1883 Magazine.

Here we will be talking more about this rising actress and her upcoming projects. Not to mention, we will also talk about her relationship with her co-star. So who is he?

Who is Madelyn Cline?

Madelyn Cline is a rising actress and model who rose to fame with the newest Netflix series, Outer Banks. Fans love her character as Sarah Cameron in the series and are waiting for season two.

Aside from that, Cline has appeared in movies like Boy Erased, Vice Principals, and shows like Once Upon A Time.

Who are Madelyn Cline’s parents?- Early Life and Education

The gorgeous actress Madelyn Cline was born as Madelyn Renee Cline in Charleston, South Carolina, the United States of America. She is the daughter of Mark Cline and Pam Cline. Coming from a well family, Cline’s father is a Charleston Water System engineer, while her mother works as a real estate agent.

Likewise, Madelyn is American by nationality, while her ethnicity is white. In her hometown, Cline completed her schooling at Charleston Day School and Pinewood Preparatory School.

Moving on, Cline joined Coastal Carolina University but dropped out to go to Los Angeles so she could pursue her acting career. Since Madelyn was jobless, she worked as a professional dancer.

Madelyn Cline might just have received recognition as an actress, but she is well-known as a model. She has appeared in magazines like ELLE and more. This gorgeous actress was born on December 22, 1997, which means she is 22 years old.

Likewise, Cline’s star sign happens to be Sagittarius. And from what we know, they are out-going and free-spirited.

Madelyn also stands at 5 feet 6 inches(168 cm) and weighs around 59 kgs(130 lbs). Not to mention, she has got a slender figure which measures 34-28-36 inches. Along with that, Cline has got stunning brown eyes and brown-colored eyes, which complement her fair skin complexion.

Along with that, Cline’s skin routine also garnered much attention on social media. She takes good care of her skin as Cline used to suffer from cystic acne in her teen.

“My skin was incredibly oily and problematic, and I would get large painful cysts all over my face and back.”

What is the net worth of Madelyn Cline?

Although Madelyn Cline has been famous for a short while, she has amassed an impressive net worth of $800k. Most of her earnings come from her successful career as an actress and model.

Likewise, Cline rose to fame thanks to Sarah Cameron’s role in the Netflix series Outer Banks. But aside from that, the young actress has appeared in numerous other movies and television shows.

However, Cline has not revealed much when it comes to her income and financial statements. Hence, this also includes her assets.

From what we know, Madelyn Cline has been in the entertainment industry for many years now. When she was young, Cline used to spent her days in New York City. There she worked in numerous TV commercials, including brands like T-Mobile and Sunny D.

She was so inspired to make as an actress that Madelyn dropped out of school to pursue acting. We are not sure whether her parents initially supported the decision. But as of now, Cline’s parents seem to be supportive of her career.

Likewise, during her early career days, Cline struggled with making her ends meet. She worked as a professional dancer and used her training as a ballet to use. Well, in the beginning, Cline appeared in small roles in many shows and movies. Madelyn appeared as Chloe in the 2018 movie, Boy Erased and Taylor Watts is another one titled Vice Principals.

Fair to say, Cline’s silver screen experience includes few other movies like Savannah Sunrise and This Is the Night, which is set to release sometime soon. The American actress made her television debut in the show, The Jury which was released in 2016.

Moreover, in 2017, Cline’s career took a turn as she starred in hit series like The Originals and Stranger Things. In the thriller sci-fi Stranger Things, Madelyn portrayed the role of Tina. Even though her appearance was brief and small, the series did help her elevate her fame.

However, it was her lead role as Sarah Cameron in another Netflix series, Outer Banks, that has fans head-over-heels for her. In the hit series, the actress appeared alongside Chase Stokes. Since the show was a success, Netflix confirmed the second season.

Apart from that, Madelyn has also made an appearance in a music video by Kygo titled Hot Stuff. The video was released in 2020.

Madelyn Cline and Chase Stokes Confirmed to be Dating

Since June of 2020, it is confirmed that the American actress is dating her co-star Chase Stokes. Chase who is also an actor, star as John B in the hit Netflix series Outer Banks.

Likewise, fans got to know about this relationship after Stokes went to his Instagram and revealed it. Although going public, the two have not spilt many details about their relationship.

Despite that, it is obvious that the two young lovers met for the first time on the set of Outer Banks. But it is still hard to figure whether the two started dating immediately or sometime after. Nonetheless, there’s no denying that the two look great together. Also, fans have been shipping them hard since their appearance in the series as well.

Aside from her dating life, Madelyn is a well-loved child of her family. When she is not working, Cline spends those precious time with her family and friends. Other than that, the actress also enjoys photography, drawing, road trips, and extreme sports like wakeboarding. She often goes on hiking as well.

A good body can be achieved with time, but the looks and confidence come from the…

If being beautiful is a crime, then surely Milana Vayntrub would be on the wanted list….

If being famous in the industry within a short period is art, then Sophie Cookson is… 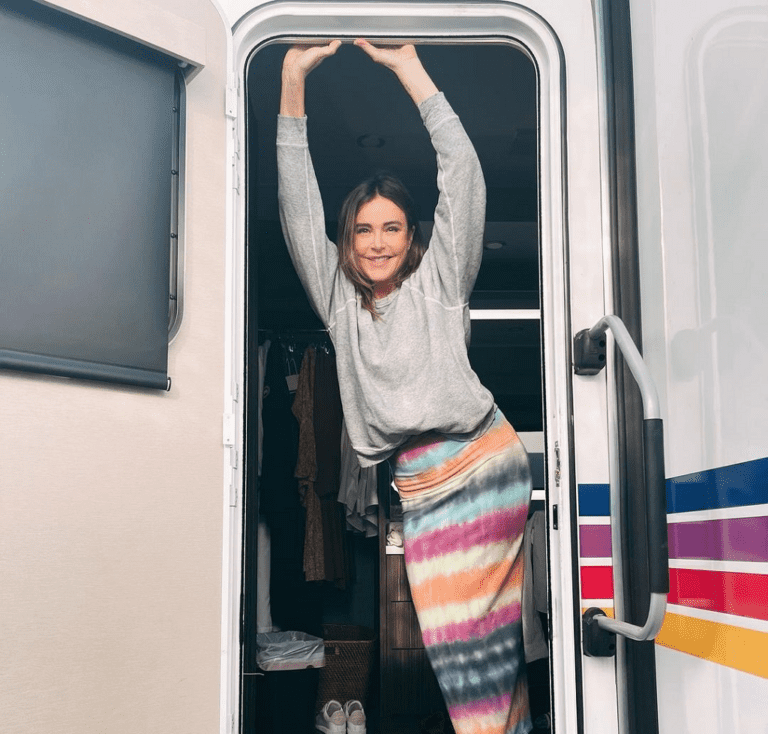 Christa is an American actress and model. She has achieved success in television comedy. She started…