When it comes to style and Royal beauty, no one misses Catherine, Duchess of Cambridge. From her fascinating dress to her eye-catching ornaments.

Duchess Kate Middleton is an iconic figure to many as her natural beauty and classy personality are paradigms any ‘lady with class’ ever desires off. Kate’s sense of style and wardrobe choices is what marks her best from the rest and steals the limelight right away.

The 37-years-old Middleton’s fascinating dresses and alluring beauty are, without a doubt, angelic. Check out some of Kate’s alluring yet capturing photos, which are hard for anyone to resist.

Recently the beauty queen dropped the jaw of many with her as she arrived at the Easter church service in London, showing up in a stunning look wearing a chic pastel blue-grey ensemble.

Kate Middleton stepped out for a solo outing to visit the Henry Fawcett Children’s Centre. ‘The Duchess of Cambridge’ dressed in a $1,300 violet Gucci silk blouse and black wide-leg trousers.

Purple is one of the strongest spiritual colors!

During the Royal visit to Henry Fawcett Children’s Centre; Source: The Sun

After a joint outing with Queen Elizabeth earlier in the day, Kate paid a solo visit to the Foundling Museum in London.

Kate opted for her gray Catherine Walker dress coat with black pumps and a black clutch.

The Duchess of Cambridge during a visit to the Foundling Museum, London. SOURCE: Getty Images

The beautiful Duchess Kate shares a blissful marital life with her husband, Prince Williams, Duke of Cambridge. The couple tied the knot on April 29, 2011, at Westminister Abbey in London.

Is a fourth Royal baby on the cards for Kate Middleton and Prince William?
Source: Heart Radio

She was later entitled Catherine, Her Royal Highness the Duchess of Cambridge by Queen Elizabeth II.

Prince William and Catherine share three children, two sons, and one daughter. Find details about them.

In fact, he is the third in the line of succession to the British throne behind his grandfather Prince Charles and his father.

Prince Louis of Cambridge is the youngest child.

Baby Louis Arthur Charles is the third and youngest child and second son of Duke of Cambridge  Prince William and Duchess of Cambridge Catherine. He is the fifth in the line of succession to the British throne.

Charlotte Elizabeth Diana is the little princess in the member of the British royal family. Diana,4, is the second child and only daughter of Prince William, Duke of Cambridge, and Catherine, Duchess of Cambridge. She is fourth in the line of succession to the British throne.

Well, as we know, Prince Harry and Meghan Markle shared the joyful news of the new baby member of the Royal family. Yes, Duke of Sussex Harry and Duchess Meghan just had their first child on May 6, Monday.

They finally decided on the baby’s name, as the baby will be called Archie Harrison Mountbatten-Windsor.  The name he was searching for as the baby would

On Tuesday, Prince William and Kate Middleton attended the King’s Cup Regatta’s launch in London and expressed their well-wishes for the new parents.

The Duchess of Cambridge said they were “absolutely thrilled” about the newest family member and are “obviously looking forward to seeing them in the next few days when things have quietened down.”

The Duke of Cambridge pokes his younger brother with a little fun as he just entered parenthood,

“I’m very pleased and glad to welcome my own brother into the sleep deprivation that is parenting.”

When asked if he had any advice for his brother, William responded, “Plenty of advice, plenty of advice. But no, I wish him all the best, and I hope the next few days they can settle down and enjoy having a newborn in their family and the joys that come with that.”

Prince Charles and Duchess Camilla share their gratitude and congratulations.

Furthermore, Prince Charles and Duchess Camilla also sent along a sweet message during their visit to Berlin.

Who will sit on the Iron Throne? Lannister Vs. Targaryen>>>

“We couldn’t be more delighted at the news, and we’re looking forward to seeing them in the next few days when things have quietened down,” the Prince of Wales said.

Mike Wolfe is a famous actor, producer, writer, and definitely not a new name in Hollywood….

Acting, writing, and film directing are some of the skills that define Arliss Howard. He is… 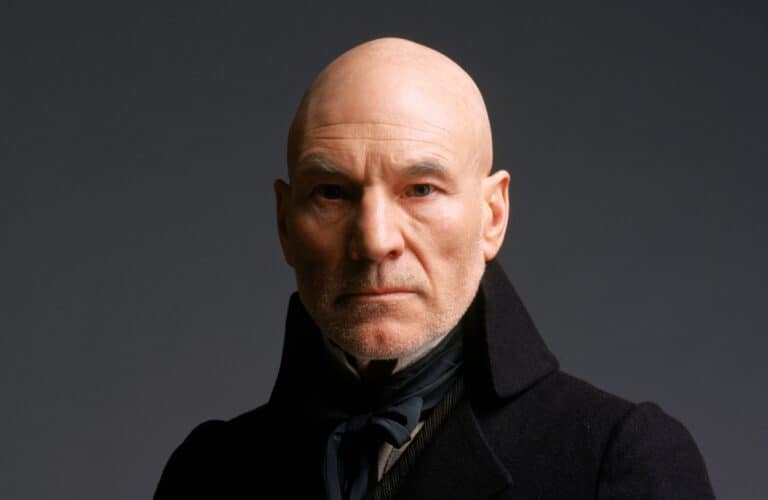 Commonly known by geeks as Captain Jean-Luc Picard from Star Trek, fans want to get updates…