For those who are new, Jamie is an American actress and singer. Aside from working in front of the camera, she is also credited as a writer in most productions.

As a star who gained significant fame from the series, The Deuce, there is so much that fans are eager to know. Hence, keeping that in mind, today, we will be disclosing details on her life, career, and few others.

Who is Jamie Neumann?

Jamie Neumann is an American actress who is also considered a professional writer and director. Equally talented and brimming with passion, Jamie is known for being the cast of the highly acclaimed HBO series, The Deuce.

One of the beautiful and talented actresses, Jamie Neumann, was born in New Orleans, Louisiana, the United States of America. Born and raised as an American, her ethnicity happens to be white.

Sadly, Neumann has not revealed much when it comes to her personal life despite being a public personality. This includes information on her family and such.

Moving on, Jamies studies at the American Musical and Dramatic Academy, where she honed her skills. Since she was passionate about dance from an early age, Jamie is trained in ballet, tap, and Jazz. Young Neumann learned all those dance forms at the Giacobbe Academy of Dance.

Just looking at her, it is hard to believe that Jamie is already in her late 30s. For those who don’t know, Neumann was born on the second of October in 1981. Likewise, his star sign happens to be Libra. And from what we know, the people of this sign are known to be attractive and good communicators.

Other than her pleasant personality, Jamie is attractive as well. This beautiful actress stands at 5 feet 5 inches(165 cm) and weighs around 57 kgs(125 lbs). Not to mention, Neumann has maintained her curvy figure thanks to her healthy diet and exercise regime.

But her curvy figure is not the only thing attractive about her. Neumann being a public figure, knows how to be around the public. Added to that, she has long brown hair and same colored eyes, which suits her fair complexion perfectly.

Even though she is not vocal about her personal life, we know that Jamie is passionate about her skills. It was the same reason why she pursued dancing in the first place. With that in a sense, Jamie then commenced her journey as an actress.

Likewise, right after graduation, Neumann started her career as an actress. Then she appeared in numerous music videos and plays, whatever it was. But she did not just stop there.

After working as an actress, Neumann then ventures out in other behind the camera scenes. The American actress then started as a writer and wrote several short films too. Some of her works include Stranger, Tourist, Unexpected Company, The Melancholy Man, 2b or Not 2b, Seeking, These Wild Things, Arrow of Light, Sunday Water, and many others.

Aside from being an actress and writer, Neumann is also credited for her theatre productions. Some works like Danny and the Deep Blue Sea, Incendiary Agents, Sister Cities, Fifth of July, and Savage International, are the stuff she is respected for.

At the moment, Neumann is active as a member of the High & Mighty Brass Brand, where she plays the percussion. Not to mention, Jamie also dances and sings there.

But she received significant success after appearing in the series, The Deuce. There Neumann portrayed the role of Ashley and starred alongside stars like Gary Carr, Michael Kostroff, and more.

Despite being in her late 30s, Jamie is still living a single life. Contrary to what our society believes, Jamie has yet to tie the knot and is not dating anyone at the moment. But since she is known for being secretive about her life, it can be that she might be dating someone in secret.

Likewise, ever since her debut, Jamie has been known for maintaining her privacy despite what the media thinks. It is also the reason why there is no detailed information on her past relationships as well. Though some try hard to find, there is absolutely no proof or evidence.

On the other hand, we can see Neumann spends most of her time working. If not, then she is probably enjoying her free time, either with her family or friends. Most of her social media is filled with pictures with them.

Just from that, we can see how social Jamie truly is. Aside from working, Jamie loves to travel and enjoy her time with loved ones. Will there be a time where she dates publicly? Only time can tell.

What is the net worth of Jamie Neumann?- Income

Considering her experience in the entertainment world, it is no shock that she has a net worth of $2 million. In fact, most of her income comes from her successful career as an actress and singer. Not to mention, Jamie is also praised for her writing in the entertainment business.

The popular American actress has appeared in several music videos and movies. She is best known for her appearance in the HBO series, The Deuce. Aside from that, Jamie is also a co-founder and a resident writer of Drowning In Blue, a production company and artist collective.

We are sure; she gets a considerable amount of profit from there as well. Sadly, the numbers are still undisclosed.

But no matter how famous she is, Jamie is not the one to reveal her personal life for public sake. To this date, we have no idea about her income and financial status like assets and such.

However, there is no hiding that Jamie is living a comfortable and lavish life at the moment.

If you are a fan of Jamie, then you can follow her on the given links for more updates.

Just cause you are attractive does not qualify you to be a model. There needs to…

Amber Bartlett is an American actress who rose to fame from her work in Monster Wolf….

Prison Break is one of the most appreciated TV show that is made in recent times….

People are curious to acknowledge Sara Gilbert Girlfriend, wanting to know about her romantic affair. They… 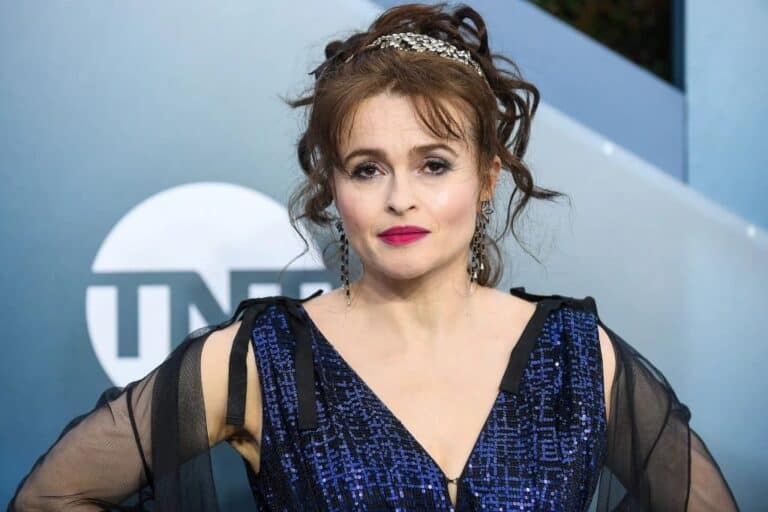