Gianna Maria-Onore Bryant, along with her father Kobe Bryant, was declared dead in a helicopter crash early Sunday morning. Apparently, the father-daughter duo was on their way to attend one of Gianna’s basketball games when the unfortunate accident took place.

Since the accident took place, many fans and friends have been flocking the family with their heartwarming messages and condolences. At the same time, many have been wondering about the daughter of the said superstar. Today we have brought you folks brief information on Gianna Maria, a light that dimmed out sooner than expected.

Here are some facts about the young Gianna that you might want to know.

Just this Sunday, it was known that the basketball legendary Kobe Bryant, and his second daughter, Gianna Maria-Onore Bryant died in a helicopter crash. The TMZ and SportsIllustarted were the first to announce the incident, which took place in Calabasas, California.

As reported, they were headed to Bryant’s Mamba Sports Academy in Thousand Oaks, California, for the basketball game. According to TMZ, all eight passengers, including the Sikorsky S-76 helicopter pilot, were killed.

Moreover, many details regarding the crash have been emerging, yet none of them have been confirmed. Still, some of the passengers on the chopper have yet to be identified. Likewise, the other identified victims include Christina Mauser, Gianna’s basketball coach, Alyssa Altobelli, one of Gianna’s teammates. Also, the other two victims include Alyssa’s parents, John and Keri Altobelli.

After the crash, many questions have arisen regarding the incident. Like how did it happen? And of course, why? We will update you on this matter as soon as we get some information on it. So, stay tuned.

How Old Was Gianna Maria-Onore Bryant?- Age, Height, and Measurements

Talking about Gianna, she was one of the daughters of Kobe Bryant, whom he loved dearly. Born on May 1, 2006, the young Bryant was just 13 years old. She was still in her teen years when the unfortunate accident took place and robbed her life.

Despite being in her teen, Bryant was a brilliant athlete, according to her father and teammates. Moreover, she already stood at an astounding height of 5 feet 10 inches(178 cm) while her other measurements were unknown.

However, there is no doubt that she was one of the cherished daughters of Kobe as they share a common love for Basketball. The very game that changed the fate of the said superstar.

As mentioned early on, Gianna Maria-Onore Bryant is the daughter of a legend, Kobe Bryant and Vanessa Laine Bryant. Born in Orange County, California, Bryant was raised by her parents, along with her sisters.

Likewise, Gianna, who also goes by the name ‘GiGi,’ has three sisters. Her elder sister, Natalia Bryant, was born in January 2003, who turned 17 this year, week before the incident took place. Also, her younger sisters, Bianka and Capri, were born in the year 2016 and 2019, respectively.

The happy family of six has been living a peaceful life in their residence in California. Similarly, the girls were loved dearly by their parents, and their father especially called them by their nicknames.

Like we talked about early on, Gianna and Kobe were especially close to each other because of Basketball’s love. There is no information on what and how his other daughters did, but according to many reports, Gianna was a prodigy in the making.

Furthermore, GiGi also had her father’s athletic talent from a young age. Not to mention, Kobe frequently cheered his daughter from the sidelines, who attracted online attention for her Mamba-like moves, despite being quite young.

According to TMZ, Bryant often stated how Gianna was passionate about Basketball and was ‘hellbent’ on playing college basketball for the University of Connecticut, a historical powerhouse for Women’s Basketball.

Likewise, in an interview with The Courant, Bryant talked about her UConn obsession,

“She watches their interviews, watches how they play and learns- not just in wins, but in tough losses, how they conduct themselves. It’s great, as a parent, to be able to see my daughter pull inspiration from them.”

Moreover, Bryant also fondly talked about how his daughter allowed him to appreciate Basketball in a new light. It is just saddening how we will never see the progress and true potential of young Gianna anymore.

Not to mention, many are mourning the loss of a legend and also another future legend.

David Goffin is a Belgian star who has already played against the likes of Roger Federer…. 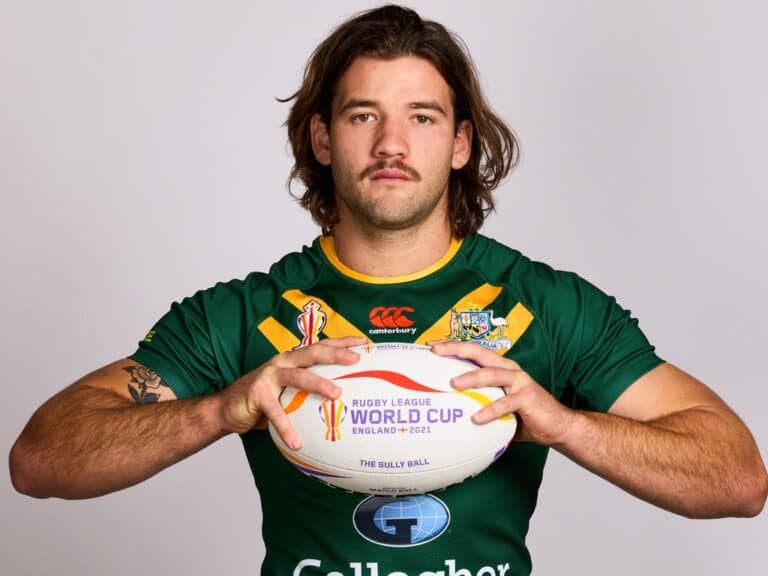 Most of our readers might not be aware of this new Zealand player Henry Nicholls, but…

The great of the games are generally made from an early age. Simona Halep is one…