Let it be Brain Kinney from Queer as Folk or Jackson Braddock from Desperate Housewives; this actor has portrayed the roles masterfully. And who can that be except for Gale Harold?

Gale Harold is an onscreen actor who is one of the renowned faces in Hollywood at the moment. With his charm and looks, Gale sure has put many fans under his spell. But how are his off-screen life, net worth, and family? Let’s find out right this minute.

Here are some interesting facts about Gale Harold that you might have missed.

Harold was born on July 10, 1969, as Gale Morgan Harold III in Atlanta, Georgia, USA. The actor is also the son of an engineer father and a real estate agent mother. He belongs to white ethnicity and holds American citizenship.

Also, the actor grew up in a strict religious family and was a devout Pentecostals. However, the American actor left the church at the age of fifteen.

Similarly, the 50-year-old has two siblings named Ann Harold and David Harold. The three brothers grew up in a strict religious household together.

Talking about his education, Gale graduated from The Lovett School, located in Atlanta. Harold later enrolled at American University in Washington, DC, on a soccer scholarship.

There the actor studied Liberal Arts in romance literature. But after a few months of studying, Gale moved to San Francisco, California to study photography at the San Francisco Art Institute.

Along with his studies, the American actor did several minor jobs such as constructing, waiter, and mechanical, to support himself financially.

Moreover, Gale has a fit and muscular body, but his exact measurements are unknown. To add up, he possesses a brown pair of eyes and short light brown hair. Also, he is seen wearing spectacles on various occasions.

Despite many speculations and rumors surrounding Gale’s marital status, he is single and not married to anyone. But he was in a romantic relationship with Danielle Saklofsky. The couple dated for a few years before calling it quits in 2014.

According to Danielle, Gale Harold physically abused her, which eventually led to their separation. To make matters worst, Danielle even tried getting a restraining order against him. After many efforts and tries, the couple finally settled the issue. In the end, both of them closed the case and went their separate ways.

But before this, Harold was in another relationship with the actress Yara Martinez back in 2011. Though they seemed happy, the pair called it quits without any reason.

Well, since then, Harold seems to be enjoying the single life. He is also a full supporter of the LGBT group, which led many fans to believe he was gay. Furthermore, Gale’s portrayal in the gay drama series Queer as Folks ignited the rumors. His acting was so believable that no one could believe Gale was not gay.

However, no rumors have been confirmed now, and even Gale has given any response to it. Despite that, many claimed Gale to be homosexual. The story kept on circulating until Gale started dating beautiful women.

Many might not know this, but Gale was not initially pursuing to be an actor, but after his friend, Susan Landau suggested, he took the chance to act. Harold then moved to Los Angeles and studied drama for three years.

Likewise, Gale was accepted by the Actors Conservatory Program with the classical theatre company ‘A Noise Within.’

Finally, he debuted as an actor from the theatre show My Friend and Me, which ran from 1997-1998. In his first show, Harold portrayed the role of Bunny. Soon after that, he was seen in other theatrical shows, including Miss Julie, The Importance of Being Earnest, Suddenly Last Summer, and Orpheus Descending.

And after that, Gale again appeared in the 2000s gay drama Queer as Folk, which gave him a lot of media attention. The show’s viewers much loved his gay role as Brian Kinney. Also, that same year, he made his silver screen debut from the movie 36K.

Not to mention, in 2000, Harold gained a lead role in the Century Fox’s drama ‘Vanished,’ where he performed the role of ‘Agent Graham Kelton.‘

Moreover, Harold was also involved as an associated producer in the documentary Scott Walker: 30 Century Man alongside David Bowie. Also, he starred in a play, Suddenly, Last Summer, alongside Blythe Danner and Carla Gugino.

As of 2020, the ‘Desperate Housewives’ actor, Gale Harold, has an estimated net worth of $1.5 million. The 50-year-old earned most of his income thanks to his successful acting career. Also, the American actor made an extra amount from his work as an associate producer.

Also, the actor is now living a lavish life with his family residing in the states. However, he has not disclosed any information regarding his assets, endorsement deals, advertisements, and so on. 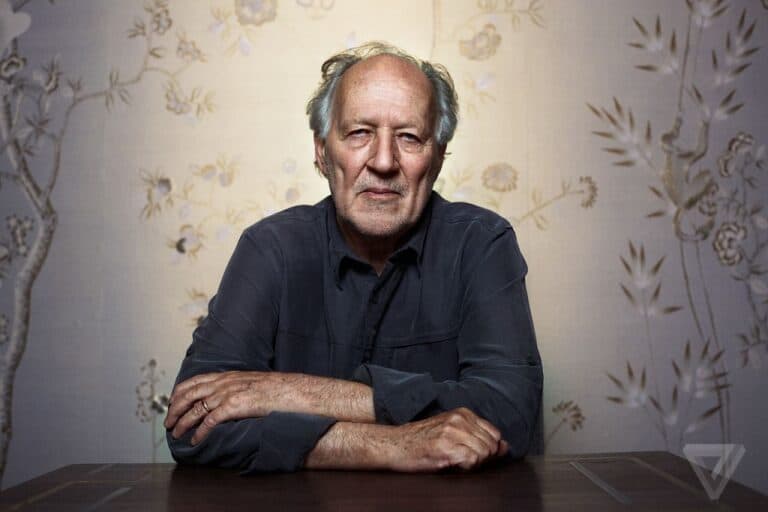 Although Werner Herzog children were abandoned by their father after the divorce from their mothers, they…

Some are good actors, while some do decent work in the field of modelling. But there…

Theo James Daughter has already stolen the limelight. Theo posted a sweet photo of their now…