‘There’s no greater thing than ending life, doing the thing we love.’ It sounds good in words and might touch the hearts of many, but in reality, death hardly brings joy or happiness to anyone. Just ask the fans and family of David Olney.

David Olney was an American folk singer-songwriter who died performing on January 18, 2020. In honor of his name, we have brought all the information there is to know about this amazing individual. Let’s get started then.

But first some facts.

David Olney was a former American folk singer and song-writer who died on January 18, 2020. The late musician was born in Providence, Rhode Island, the United States of America. Likewise, Olney moved to Nashville during his teenage years.

Also, for his education, the late musician attended The University of North Carolina located in Chapel Hill. But he never graduated. Similarly, the musician did not mention anything related to his family and siblings.

David Olney Death: How Did he Die?- Last Performance

As mentioned above, Olney died on January 18, 2020, on Saturday morning. Apparently, the musician suffered from a heart attack while performing onstage at the 30A Songwriter Festival in Santa Rosa Beach, Florida.

Moreover, Olney was in the middle of playing a song when he paused and said, ‘I’m sorry.’ After the shocking apology, the musician put his chin to his chest and stayed that way.  Nonetheless, Olney never dropped his guitar or fell from the stool.

As stated by Scott Miller, they tried to revive the musician until the EMT’s arrived. Miller even described Olney’s death as easy and gentle as the late musician. He wrote on Facebook,

“Last night we lost David Olney, one of the finest songwriters I have had the pleasure of playing with and knowing. When I did my first show with him (maybe 5-6 years ago), my friend Robin Williams said, “Oh, you are in for a treat” and indeed I was. What a force. What a writer. And what a nice guy.”

To this, he added,

“The world lost a good one last night. But we still have his work. And it still inspires. And always will. RIP.”

Age and Height: How Old Was David?

Aside from this, there is not much info on his physical measurements, including height and weight. However, we do know that Olney aged gracefully, with his silver hair that defined his age and wrinkles showcasing his passing days.

As we all know, Olney is a talented singer and song-writer. There is not much information on his career; however, we do know Olney began his career in the year 1971. Also, that was the year; he joined Bland Simpson‘s band, Simpson.

Soon after, they recorded an album in New York, but the following year, Olney relocated to Atlanta. From there, he again moved to Nashville and attempted to contact record labels. Similarly, Olney then formed another band called The X-Rays and recorded two albums.

Before breaking up in 1985, the band opened for Elvis Costello. From then on, Olney started his solo career as a singer-songwriter. Over the decades, he has released over 20 albums, including six live recordings.

Moreover, Olney’s songs were such an inspiration that many singers such as Steve Earle, Linda Ronstadt, Steve Young, Del McCoury, Laurie Lewis, and many others covered them.

Talking about his own life, Olney was a married man. He was residing with his wife, Regine, in Nashville, Tennessee. Aside from his wife, Olney also has two children, a son named Redding and a daughter, Lillian.

During his time in the music industry, Olney stayed far away from rumors and controversies. As a matter of fact, he was not linked with any dating rumors that could ruin his marriage.

David, a fantastic musician, is no longer with us, but his creation still exists. Also, his fans and fellow friends have flooded his social media sites with heartwarming messages and condolences. You can check them right here. 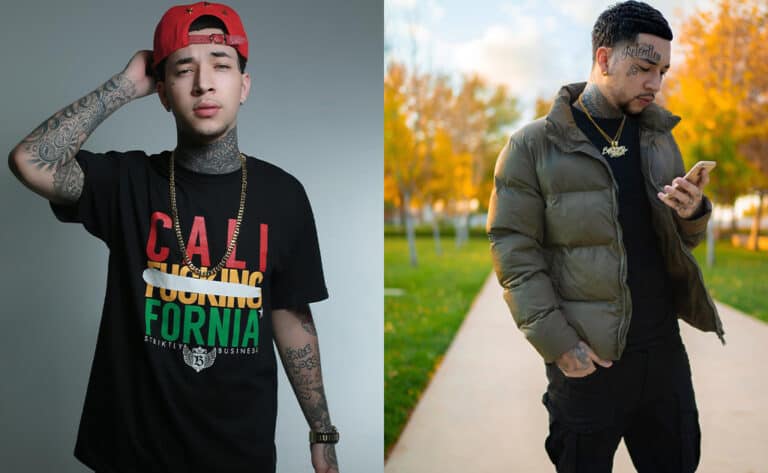 Rapper Baeza has been arrested on three counts of oral copulation with a child. This news…

There are many rappers who come and go like the passing wind, and some stay as…

Brockhampton is one of the well-known hip hop crew in the states. If our readers are…

There are lots of artists who love to work under the radar. Even though they are…

Richard Camacho is a Dominican-American singer who rose to fame after the formation of his band….