Who could forget the cold and manipulative Amy Elliott Dune from the psycho-thriller movie Gone Girl?

In a matter of two hours, all of the audience were loathing the female lead.

It is amazing how actress Rosamund Pike was able to personify the same vibe of Amy from the book.

The gorgeous actress is known for her strong portrayal of the character on-screen with her own flair added.

Even though she started on Broadway, Rosamund successfully made her name known on the silver screen.

In more than decades of her experience, Pike has won numerous awards and acclaim.

But how is her personal life? Is Rosamund Pike married or still dating? All of these personal and more questions will be answered in today’s article.

Who is Rosamund Pike?

Rosamund Pike is someone who has been known for her strong delivery and performance since her debut days.

She has changed her acting from being a bond girl to a cold and calculative antagonist in Gone Girl.

Not to mention, Pike has many awards under her name, including Primetime Emmy, BIFA, and more.

Passionate about acting from an early age, there was nothing that could stop young Rosamund from being an actress.

Even during her days in Oxford, Pike participated in many schools plays that further helped her gain experience.

In 1998, Rosamund made her television debut on the British show, A Rather English Marriage.

Her appearance followed it in Wives and Daughters, Love in a Cold Climate, The Pursuit of Love, and Foyle’s War.

Likewise, after her graduation, Pike had ample experience and credit to work in the entertainment business.

She was offered the role of Bond girl, an MI6 agent in the James Bond movie, Die Another Day, which was her first debut movie.

For an aspiring actress, it was a huge moment for Pike.

Then for her next role as Elizabeth Malet in The Libertine, Rosamund won the Best Supporting Actress award at the British Independent Film Awards.

Similarly, in 2005, Pike appeared in another critically acclaimed movie, Pride & Prejudice as Jane, the elder sister of Elizabeth played by Keira Knightley.

Since then, Pike has continued working alongside various known names in the industry and numerous productions, both stage and film.

But it was her work in the thriller movie Gone Girl that catapulted her fame and cemented er her status in Hollywood.

Directed by David Fincher, the movie is an adaptation of Gillian Flynn‘s novel of the same name.

In the movie, she appeared as an antagonist, Amy Dunne, alongside actor Ben Affleck. The director explained Pike was his first choice as he wanted someone who was not widely known.

Moreover, Fincher also found Rosamund enigmatic and loved how hard it was to read her.

Thanks to the engaging storyline, stellar casts, and staff, the movie was a huge success, which grossed over $356 million worldwide.

Pike received many nominations for best actress, including BAFTA, Golden Globe, Screen Actors Guild Award, and others, along with critical acclaim.

It is fair to say that since then, Pike has appeared in more challenging yet fulfilling roles.

In 2017, Pike played the role of The Woman in the short film, The Human Voice. For her performance, Rosamund won Best Actress at the Oxford International Film Festival.

Furthermore, in her decades-long career, Rosamund has appeared in various productions.

Some of her famous and critically acclaimed works include Promised Land, Doom, Surrogates, Burning Palms, Johnny English Reborn, A Long Way Down, The Man with the Iron Heart, Watership Down, The Wheel of Time, and many more.

Does Rosamund Pike have a child?- More on her marriage, husband, and Personal Life

Rosamund Pike is a stellar actress and performer, and that is something even we can attest to.

But what about her personal life. Is she successful in terms of love as compared to her professional career?

At the moment, Rosamund is in a relationship with Robie Uniacke, a businessman, and mathematical researcher.

The two have been together since December of 2009 and have two wonderful sons.

However, that is not the only relationship Pike is known for. Before Robie, the British actress was in a relationship with another English actor, Simon Woods.

It was during her time at Oxford. They both were studying English Literature and fell in love.

They were in a relationship for more than 2 years.

But Wood had a secret Pike did not know about, that he was gay.

He gathered the courage to tell her about his sexuality and after this, the couple broke up.

Likewise, the two then reunited as lovers in the periodic drama, Pride & Prejudice.

Pike played Jane Bennett while Simon appeared as Charles Bingley in the movie.

After that, Pike dated and got engaged to the director of the production, Joe Wright.

They even bought a house in Spitalfields, East London. Sadly, the two broke up in 2008 for some unknown reasons.

Nonetheless, Rosamund seems to be happy with Robie at the moment. And no! they are not married. They have yet to tie the knot.

Aside from her relationship, Pike is also involved in a few activist works.

Back in 2015, Rosamund offered to sign an open letter for the ONE Campaign, which was addressed to Angela Merkel and Nkosazana Dlamini-Zuma.

The campaign urged them to focus on women as they set the priorities in development funding before the main UN summit.

How old is Rosamund Pike?- Age and Height

Still vividly remembered for her work in the 2014 movie Gone Girl, Rosamund Pike is a stellar actress.

She was born on January 27, 1979, which means she is  44 Years Old at the moment. Also, her star sign happens to be Aquarius; bold and beautiful.

True to her nature, Pike exudes feminity and grace. She has a beautiful face with stunning blue eyes and long blonde hair.

Not to mention, Pike’s slender figure measures 32-24-33 inches, giving her a gorgeous curve.

What nationality is Rosamund Pike? Family and Life

She is the only child of her parents, Caroline Friend and Julian Pike. For information, Pike’s parents are famous opera singers.

Hence, we can imagine how music and performance played a part in Pike’s childhood. As for her education, Rosamund went to Badminton School in Bristol.

During that time, the young Pike appeared in Romeo and Juliet’s production Juliet at the National Youth Theatre.

Then she enrolled at the English literature at Wadham College, Oxford, after getting turned down by every stage school.

Following that, Pike graduated with an Upper Second-class honors degree in 2001.

How much is Rosamund Pike worth?- Net Worth and Value

Famous for her performance on both silver screen and stage, Rosamund Pike is someone who has established herself as a bonafide actress.

As of now, Pike has generated an estimated net worth of $10 million under her name.

Not to mention, most of her income comes from her successful career as an actress.

Also, throughout her career, Rosamund Pike has given stellar and critical acclaimed performances. Some of her most note-worthy performances was in the 2014 movie Gone Girl.

Likewise, it might be a far-fetch, but her performance as Amy in the movie was spectacular, to say the least. And will definitely be talked about in the coming future as well.

What is Pike’s son’s name?

In case you are wondering about her son’s names, they are named Solo and Atom.

Was she the face of any luxury brand?

Yes! She collaborated with this big brand called L.K Benette and was also the face of this brand.

Where did Pike and Robie and Uniacke meet?

It’s interesting. They met at a soiree in 2009 and are together till now.

If a combination of brilliant acting along with mind-boggling looks comes along, we name it Alicia…

Boss & Me, The Journey of Flower, Noble Aspirations are some of the dramas that Zhao… 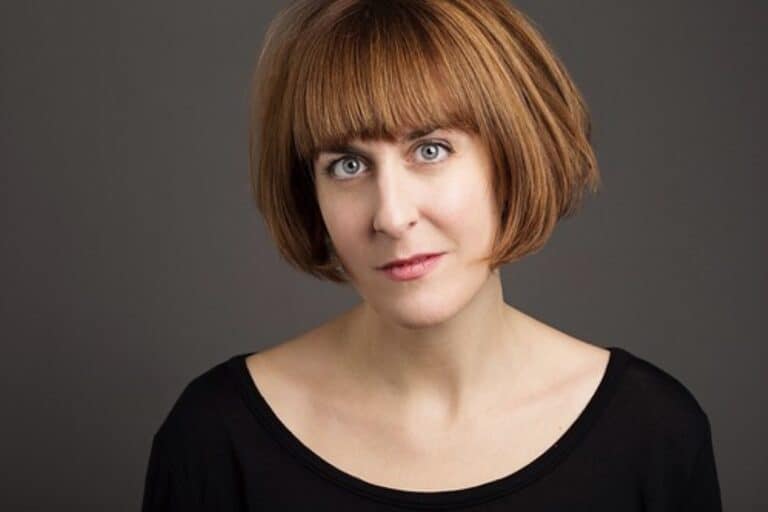