“You already have the ‘no,’ so look for the yes,” said emerging actress Melissa Barrera. This scintillating Mexican-actress believes in creating the opportunity rather than waiting for one to come by. Impressive, isn’t it? Quite commendable for a young actress to say that.

Melissa, who has established herself as both an actress and singer, rose to fame with the role of Lyn Hernandez in the series Vida. With that being said, there is more to this beauty than that meets the eyes. And luckily, her beauty is undeniable as well.

Today, we will let you in the life of Barrera and all the ups and downs there is. From her relationship to an ascending career, we have all the information right here.

Who is Melissa Barrera?- Bio

Famously known as Lyn, Melissa Barrera was born in the small town of Monterrey, Nuevo, Leon, Mexico. Born and raised as Melissa Barrera Martinez, she is the eldest daughter of parents Rosana Maria Martinez Garcia and Tomas Gerardo Barrera Tames.

Along with her parents, Barrera lived with three younger sisters in Monterrey. As for her education, the young actress attended the America School Foundation of Monterrey.

Then in 2009, the talented actress enrolled in New York University’s Tisch School of the Arts. Sadly, after two years, she left the school as she was selected for the Mexican reality show, La academia.

All the way from Mexico, Barrera is recognized outside of her homeland as well. With her brown eyes and long brown hair, it was evident that Melissa’s beauty was refined. The young actress has an equally slender figure to balance the proportion with her small and round face.

As much as we admire her beauty, Melissa also takes excellent care of it. In fact, many have been eager to find out the diet and work our routine as if she has some secret to remain so fit.

Movies and TV Shows- Career as an actress

Talking about her career, Melissa indeed became interested in acting from her middle school. During that time, the young actress was active in many school plays such as Grease, Footloose, and Aida.

Similarly, at the end of her high school career, Barrera appeared in another school play, which was the rendition of Romeo y Julieta. She starred as Julieta in the production.

Even after her graduation, she continued auditioning for roles in television shows, and finally, she made her debut from the 2011 Mexican reality show, La Academia. There she also showcased her talent for singing.

Not to mention, her dancing and singing abilities were well-received by the netizens, and soon Melissa was seen in yet another show. Her first novel was La Mujer de Judas, followed by another one, La Otra care del alma.

Aside from starring in a telenovela, Barrera also took the opportunity to shine as a singer. In 2013, she sang a duet with Sebastian and recorded her first album and the first top ten radio hit single “Mamma Mia.”

Then again in 2015, Melissa was back at it again with “Volver a care,” but this time with another Mexican singer, Kalimba. She recorded the song for her telenovela, Tanto Amor.

Other than these, Melissa has appeared in many other telenovelas and movies. Some of her remarkable performances can be seen in Club de Cuervous(2017), Siempre tuya Acapulco(2014), Perseguidos(2016-2017), and few others.

After receiving positive reviews for her previous work in Tantor Amor and Siempre tuya Acapulco, there was no stopping for the young actress. Especially the latter telenovela became one of the highest-rated programs in over 20 countries worldwide.

But her big break happened to be the 2018 television series, Vida. The show not only catapulted Barrera’s stardom but also helped her get recognized by other demographics.

In the series, the young actress played the lead role of Lyn Hernandez, who in Barrera’s words is a “hipster party girl that has figured out that is she seduces rich white men, she can live off of then and not have to work very hard at all.”

However, the old strategy soon loses its charm once after her mother’s death leaves her with a complicated inheritance. Not only that, but it also compels Lyn to stay behind the place which she escaped long ago.

Throughout the series, Barrera’s portrayal of Lyn is commendable, considering how racy some scenes were. But Melissa took pride in portraying female sexuality on the screen, which she opened up about in an interview with U.

“I think it’s a beautiful thing that the show is showing these women who are empowered and who have agency over their bodies and over their sexualities and showing it as being okay.”

“You expose yourself in more ways than just taking off your clothes.”

Though she admitted, the experience was nerve-wracking in the beginning.

Who is Melissa Barrera Husband?- Wedding

Now, we will take a closer look at her life and especially her married life. Yes, folks, this gorgeous lady who has the ability to turn any casual into a philosophical one has got a ring with her name on it.

She is married to her husband, Paco Zazueta, who is also a musician. The exotic beauty and talented artist Paco tied the knot in early 2019. The two have been dating ever since their first encounter in 2011 when they met during the reality show La Academia.

With years passing, their love for each other only grew stronger, and they decided to take their relationship to the next level. Likewise, the lovely duo got engaged on June 11, 2017, in a romantic style.

As a matter of fact, Paco surprise Melissa in the Empire State Building in New York City. Then Barrera soon went to Instagram on October 8, 2018, to announce their marriage. And as promised, they walked over the aisle the following year.

To make it even more romantic, Paco also posted on the same date, with a caption that read “Countdown to Wedding.”

As of 2020, the talented Mexican actress has accumulated a hefty net worth of $2 million. Without a doubt, most of her income comes from her successful career as an actress. She is mostly known for acting on a small screen.

Moreover, the 29-year-old beauty rose to fame thanks to her commendable acting in the American drama Vida. With experience and talent, we can expect more impressive works from her side.

Emily Blunt is an American actress who rose to fame from her work in Looper, Into…

Known for her trademark red hair and ruby lips, Madelaine Peytsch rose to fame as Cheryl… 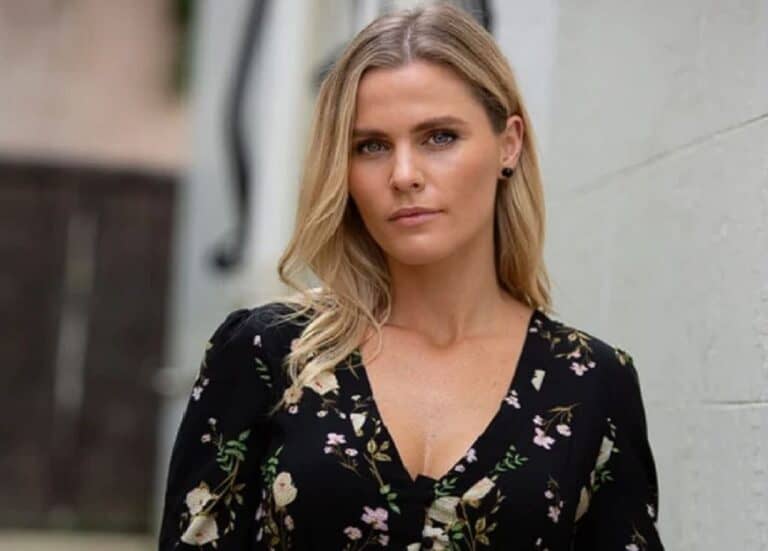 Kristy Wordsworth, best known for her role as a young professional woman in the movie Blaze…

Today, we will be talking about the actress who stunned the screen with her acting and…

When one marriage tends to fail, people stop it there, but Emily Montague has set an…

Just in her 20s, Madelyn Cline is recently getting recognition as an actress in the entertainment…